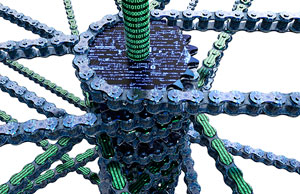 Although blockchain technology has generated a lot of buzz, it is not widely understood. To begin with, the blockchain concept is not entirely new. Instead, it is an updated version of the mutually distributed ledger (MDL) applications that have existed for decades. However, MDL was always too unwieldy and unsafe for large-scale use.

When the anonymous entity known as Satoshi Nakamoto created the cryptocurrency bitcoin in 2008, they also built blockchain, the system that supports bitcoin.

In a blockchain network, updatable data is distributed across a number of computers. Users are connected only to the other users. Each item in the network is reconciled continually and current information is always available to users.

Blockchain-type applications are available in several versions and from different vendors. The name represents a host of variations that developers have produced since the bitcoin people introduced blockchain. As other digital monies have appeared, systems resembling blockchain have been developed to support them. Now blockchain versions have spread to industries and vertical uses far beyond the realm of cryptocurrencies. There are significant differences between these systems, but by and large they fit the same general mold.

A blockchain is a peer-to-peer (P2P) ledger system that distributes data via a private network of computers. A series of network nodes transmit packets of information called blocks. These are linked and verified by cryptographic validation. Each block references the previous block by a hashing function, forming a continuous chain. Blockchain technology is designed to offer significant improvements over MDL in safety, stability, and ease of use. 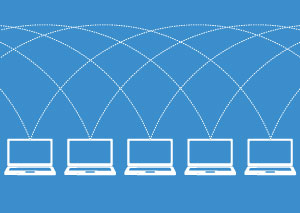 Content is shared directly between users, with no intermediary. Everyone in the network can see the same data and the same history as everyone else. Old items are preserved permanently and new ones are added irreversibly.

Content is not stored in any one place, nor is it managed by any single entity. It exists only on the computers within the network.

Information is available to all parties and multiple users can work on the same document simultaneously. There is no losing track of versions or being out of sync with other participants.

Information can be shared but not copied or captured by anyone outside the network. Blockchains are protected via encrypted public and private keys, which are randomly generated strings of numbers. A public key is a user’s address and a private key is the user’s password

Numerous uses for blockchain have arisen, often served by specialized vendors. Here are some examples.

As with any emerging technology, blockchains present challenges, and more are likely to arise. Some of these we can anticipate, others will be surprises. 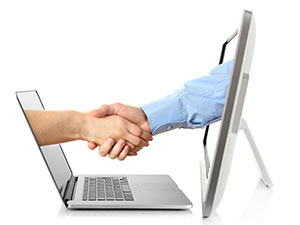 Blockchain’s private-network structure offers significant data protection, but the need for strong backup and recovery capabilities is always paramount. Any system can be compromised by hackers, physical disasters, server breakdowns, human errors, intentional sabotage and other causes. Despite its benefits, blockchain technology is not intended primarily as a bulwark against such potential threats. The only reliable safeguards are effective cloud backup and disaster recovery capabilities.

In addition to providing necessary tools, our consulting and strategy capabilities are key to planning your business continuity processes in the blockchain era.