This vicious ransomware variant is inflicting damage on a global scale. 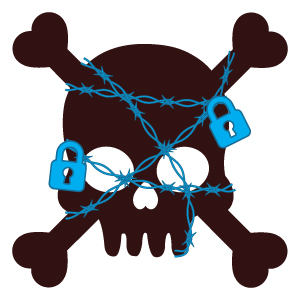 Ransomware has been with us for some time and its damage is spreading. A recently arrived and extremely dangerous breed is wreaking a new level of havoc around the world. Known as Petya, it attacks Windows-based file-sharing services via email, locks users out of their networks, and demands Bitcoin payment for restoration of data.

Petya was named for a nuclear superweapon in the 1995 James Bond film GoldenEye. This new generation of ransomware is said to be even more diabolically sophisticated than previous strains. For example, a recent variant called NotPetya is designed so that it cannot be reversed by the hackers. Even if victims pay up, the criminals will not – cannot – undo the damage they have caused.

First detected in March 2016, Petya was employed in the June 2017 international cyberattack. It appears to have originated in Russia under the auspices of the Putin government. Petya’s first and most hard-hit victims were organizations throughout Ukraine, and further attacks are striking boldly in Germany, the UK, France, Poland and the US.

Beginning with rapid-response efforts on the part of Ukrainian authorities, government agencies in Europe and North America have been working cooperatively to counter the threat.

What can organizations do to guard against a Petya attack?

To some extent, it depends on the type of system involved, but there are well-established actions that can dramatically reduce the risks. These include data protection, solid data backup, effective disaster recovery planning, protecting email, educating workforces about malware, constantly updating and patching system elements, and taking time to understand the complexities of data security.

Staying informed concerning the latest threats requires some extra effort but it is extremely helpful in understanding current risks and making it easier to recognize an attack quickly.

Some key points about Petya

Petya may be new, but effective protections against it are based on proven, well-established methods and tools that are constantly updated to protect against the latest threats. For more information about ways to protect your company from the latest ransomware, please email us at info@renovodata.com or give us a call at 877 834 3684

Please follow our company page on LinkedIn to get the latest information and news on Data Protection and Disaster Recovery.